Mappy is a video game designed by Namco and released in 1983.  Mappy is a side scrolling platform game featuring ‘Mappy’ the police mouse.  In Mappy, cat burglars have hidden stolen loot in their mansion and Mappy must maneuver around and recover the stolen items, while avoiding contact with the cats.

Mappy will score points for each item recovered as follows:

Mappy can also score points when bouncing on the trampolines, hitting a cat with a door, microwaving a cat, and retrieving a stolen item when Goro (the boss cat) is hiding behind it.  One some levels, bells will appear that can be dropped on cats for more bonus points.  Mappy can’t be harmed by the cats when bouncing on the trampoline or in the shafts of the mansion.  If Mappy jumps on a trampoline when it is red (unless there is a lower level to catch Mappy), or is touched by a cat on any of the mansion floors, he will lose a life.

Levels 3, 7, 11, and 15 are bonus rounds where Mappy must pop balloons for bonus points.  After round 15, the game loops back to the beginning.

Based on the NAMCO Super Pac-man board, the arcade unit used two Motorola 6809 CPUs with a Namco 8 channel PSG for sound.  In the U.S., Mappy was distributed by Bally-Midway and came in both upright and cocktail cabinet versions.

Mappy was ported to the Famicon (NES) in Japan, but not to any Atari systems until now.

Mappy is the latest release from Champ Games, released by AtariAge at the 2018 Portland Retro Game Expo (PRGE).  Programmed by John Champeau, with sprites by Nathan Strum, and music by Michael Haas, Mappy is an amazing game for the Atari 2600.  John also credits Darrell Spice, Jr. for the music driver and Thomas Jentzsch for code optimization and improving the logo.

Taking full advantage of CDF (the latest incarnation of DPC/DPC+) and the Melody board (designed by Fred Quimby), Mappy delivers a near arcade level experience on the Atari 2600.  Comparing John’s 2600 port to the arcade version, shows an amazing level of fidelity to the original.  Just like the original, the music is almost constant.  Only a few Atari games like Pitfall II, Stay Frosty 2, and, now, Mappy have this much music in them.

In addition to offering three levels of difficultly (that can be selected from the main menu), John takes advantage of the difficulty switches to offer random locations of loot and reduced object flicker.  He also uses the color/BW switch to allow for pause/resume of the game.  Finally, Mappy can take advantage of the Atarivox to save high scores.

Mappy comes from AtariAge with a full color box, manual, and poster.  The box and cartridge art are the work of Nathan Strum who also did a fantastic job on the manual.  The twelve page manual is printed on glossy paper and includes four pages of a Mappy comic book. 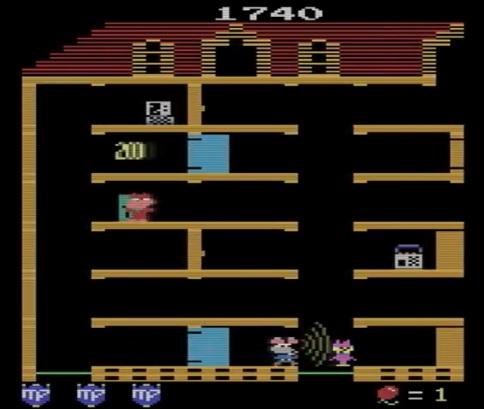 It probably seems like I am usually positive about the things I write about on this blog.  That’s probably a fair point as I have a tendency to write about things that I like.  This time it is a little different as I was not at all familiar with Mappy.

In fact, until last week, I hadn’t even played Mappy.  A friend showed me how the game was played on the AtariAge demo unit at PRGE and I bought a copy from AtariAge.  Turns out that I have one of the Jack’s Pacific Namco ‘Plug ‘n’ Play’ units that has Mappy on it.  In the past week, I have played Mappy on both my Atari 2600 and on my Namco unit.  Sometimes you don’t know what you are missing; Mappy is a great game and a lot of fun to play!

At PRGE, I had the opportunity to talk with John and his brother Paul.  Although John is rightfully proud of his work on Mappy, he made it a point to talk about the team effort by Mike, Nathan, Thomas, and others that was needed to make Mappy for the Atari 2600 a reality.

Like many of John’s recent releases, you have to keep reminding yourself that you are playing a 2600 game.  Mappy should be available for purchase in the AtariAge store next month.  This is one game that should be on every Atari 2600 owner’s wish list! 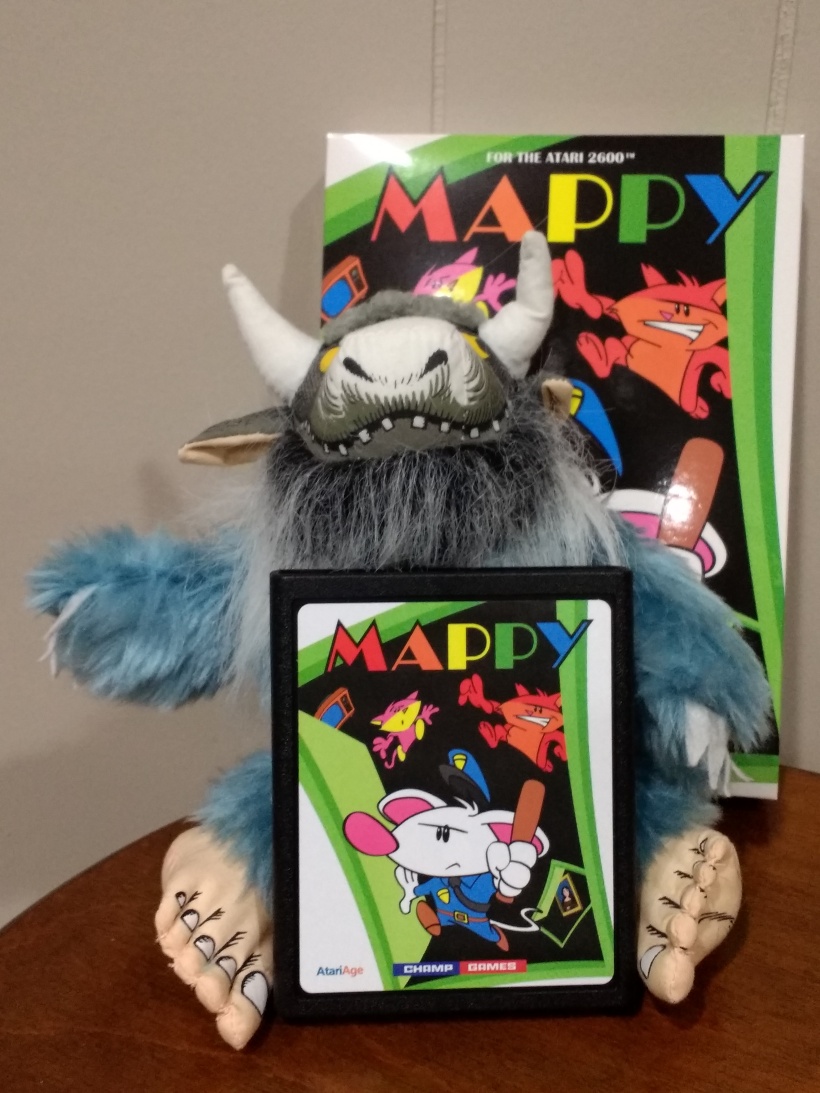